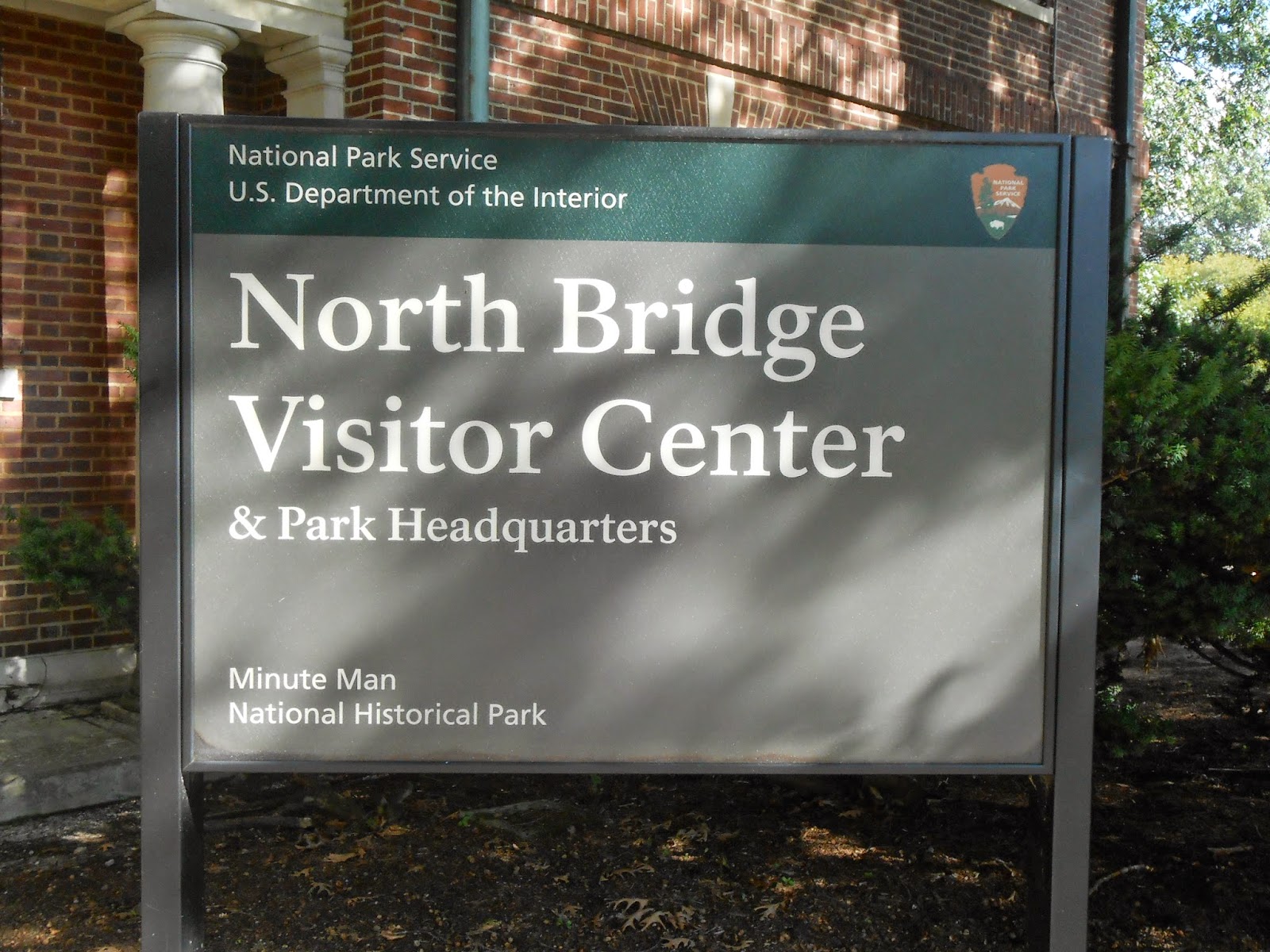 The British Regulars departed Boston on April 18, 1775 to destroy the Colonists' munitions rumored to be stored in Concord.  After encountering Minute Men on Lexington Green, they arrived in Concord the next morning to search the town.   Their commander, Lt. Col Smith, sent columns to guard the North and South bridges into the town.   When the Minute Men saw the town burning, they confronted the British Regulars on the North Bridge - the Revolutionary War was born. 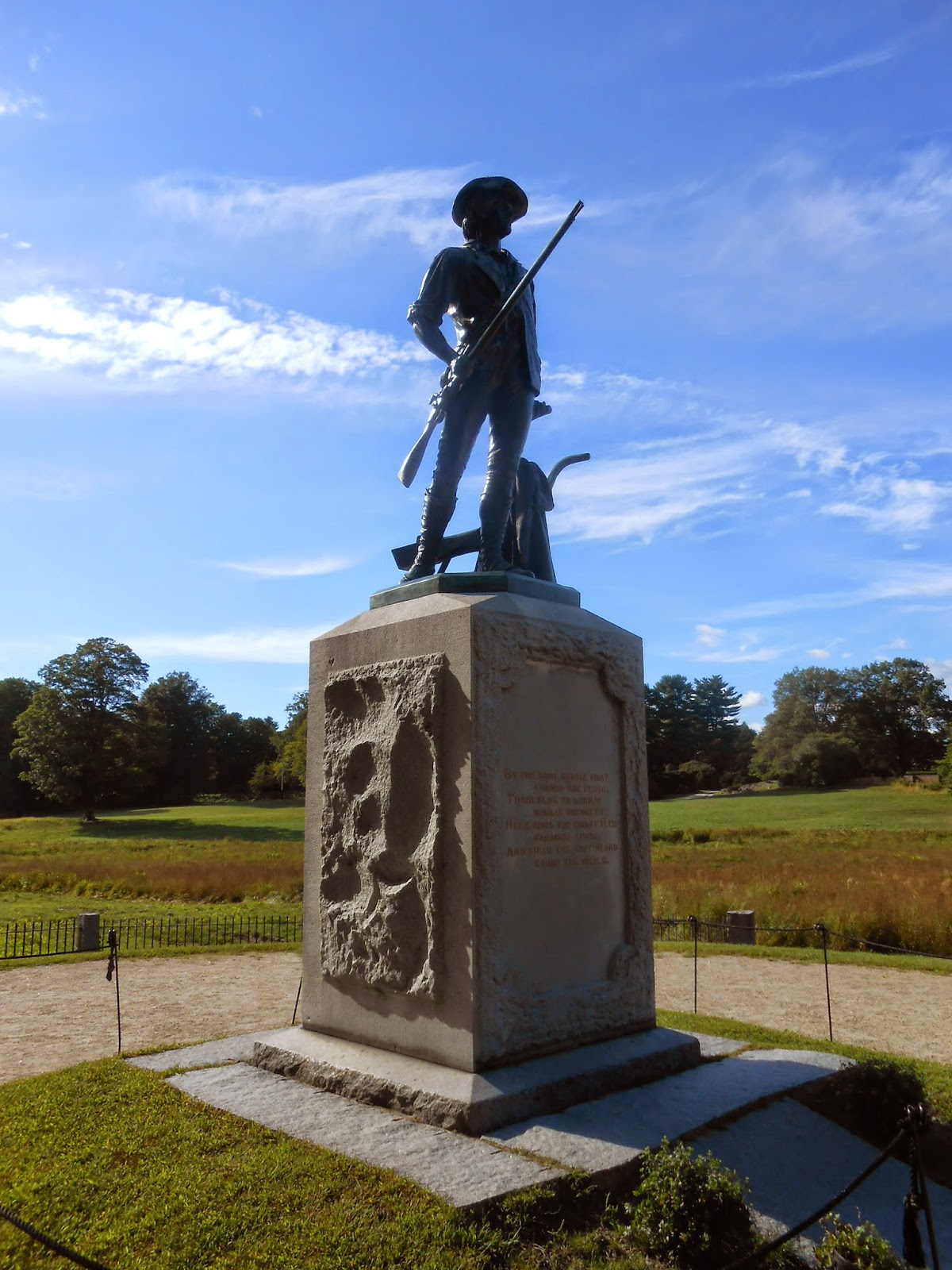 In 1875, Daniel Chester French created the Minute Man Statue of a farmer-turned-soldier to honor those who fought for our country's independence. The Minute Man Statue was cast using cannons from the Civil War.  The scultpure sits on the west side of the Concord River. 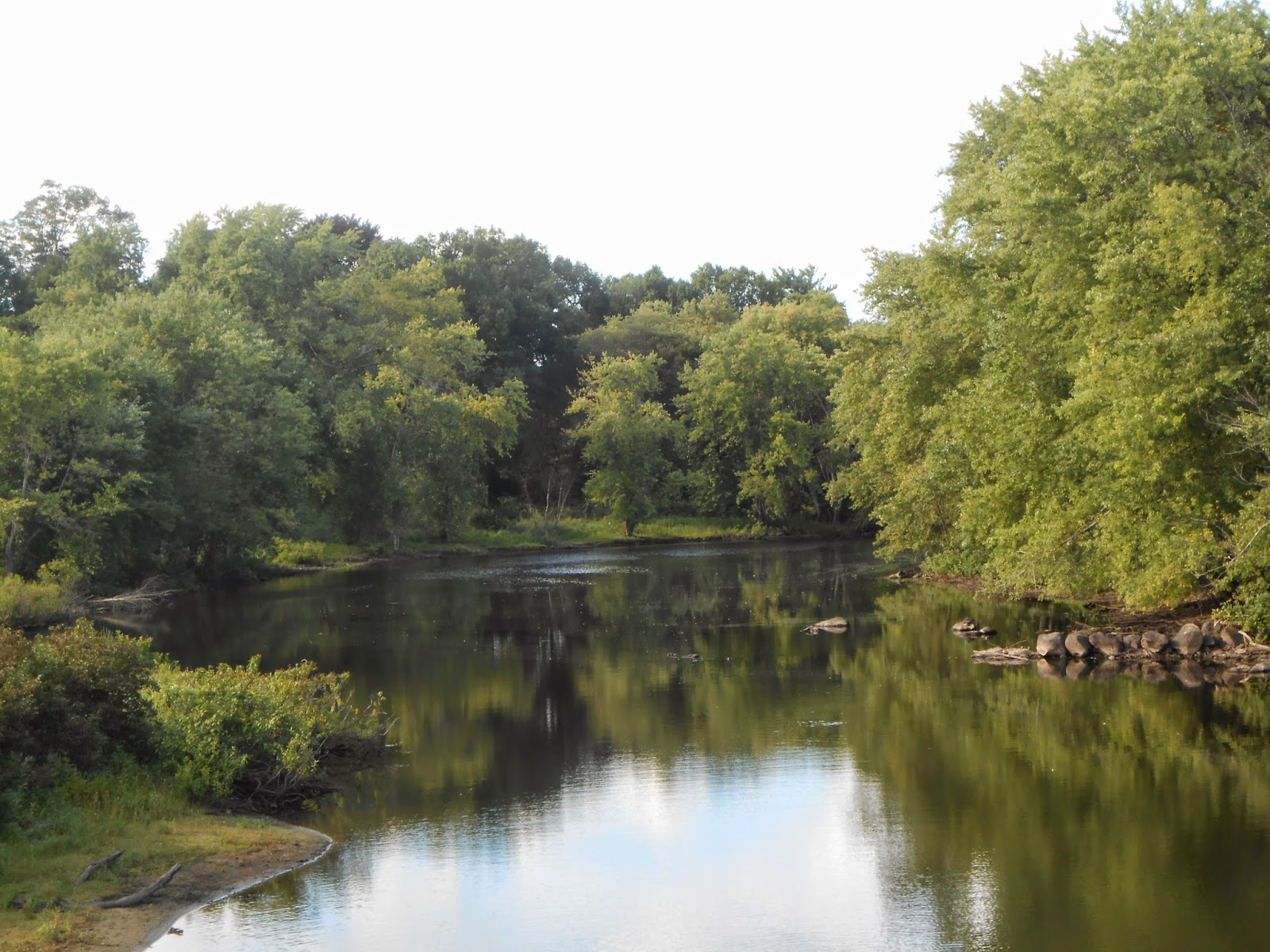 One of Concord's sons, Nathaniel Hawthorne, once observed that the name Concord represents peace. 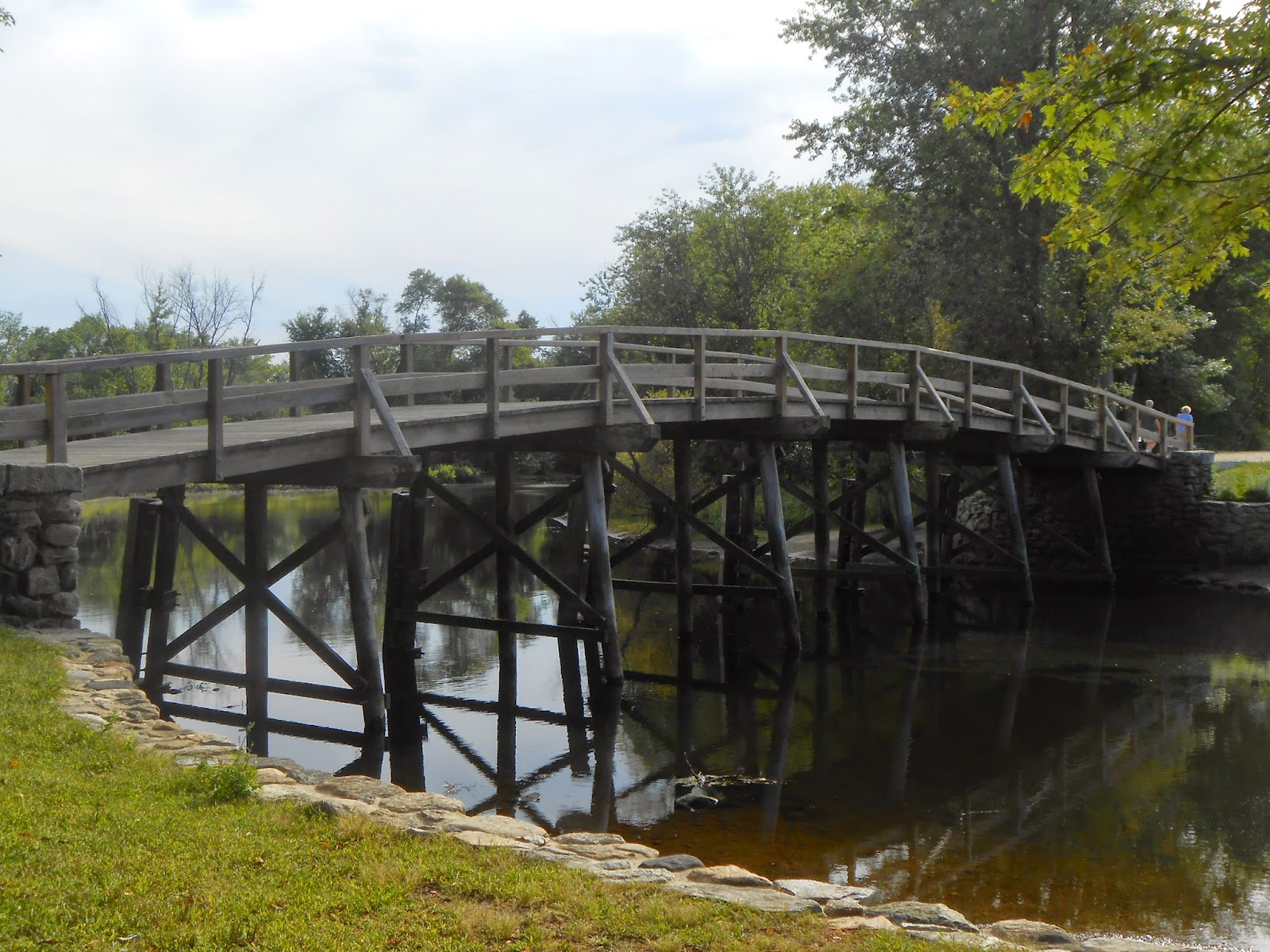 Today, the bridge is peaceful and welcomes tourists. 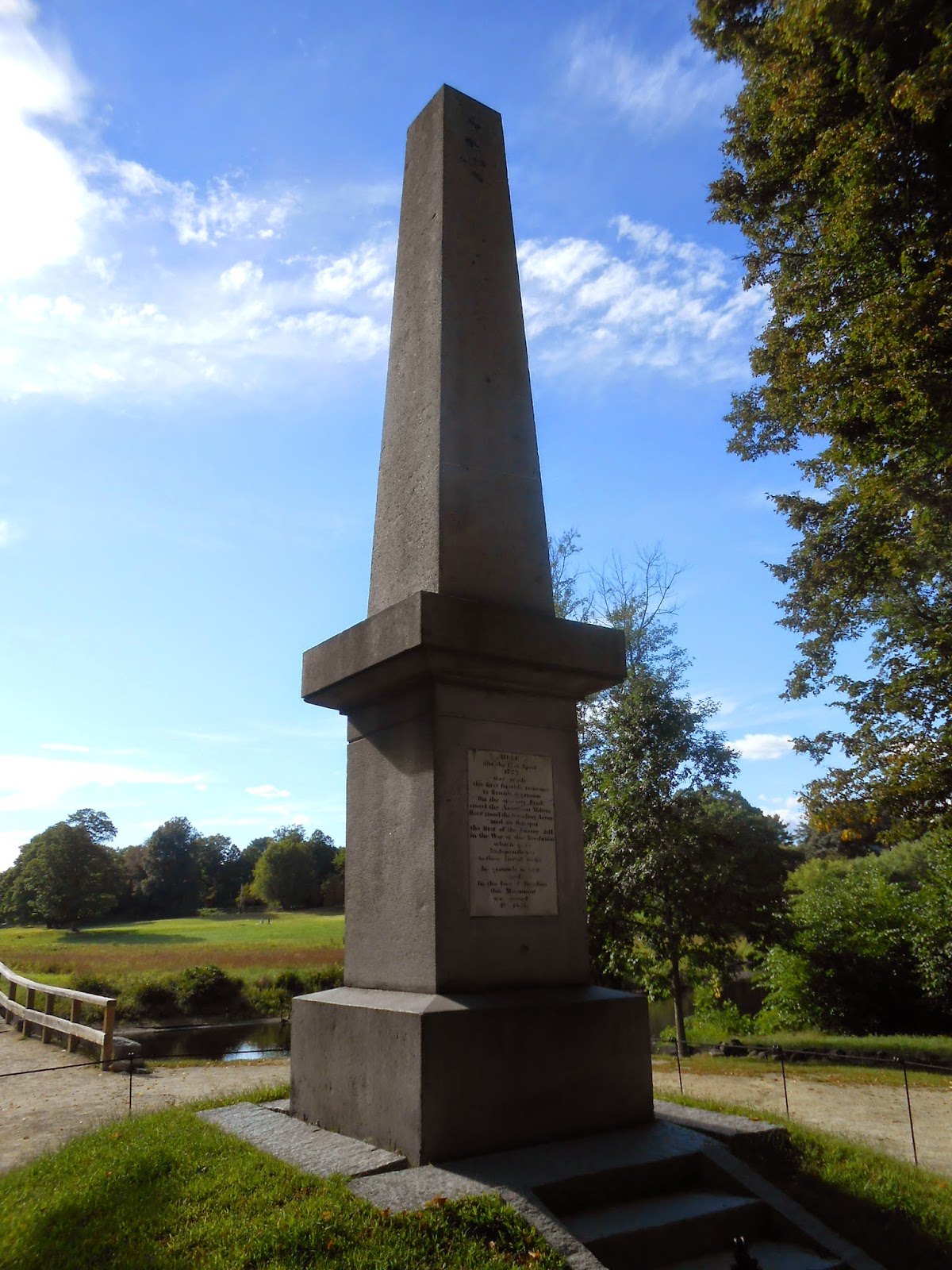 The stone obelisk sits on the east side of the Concord River. 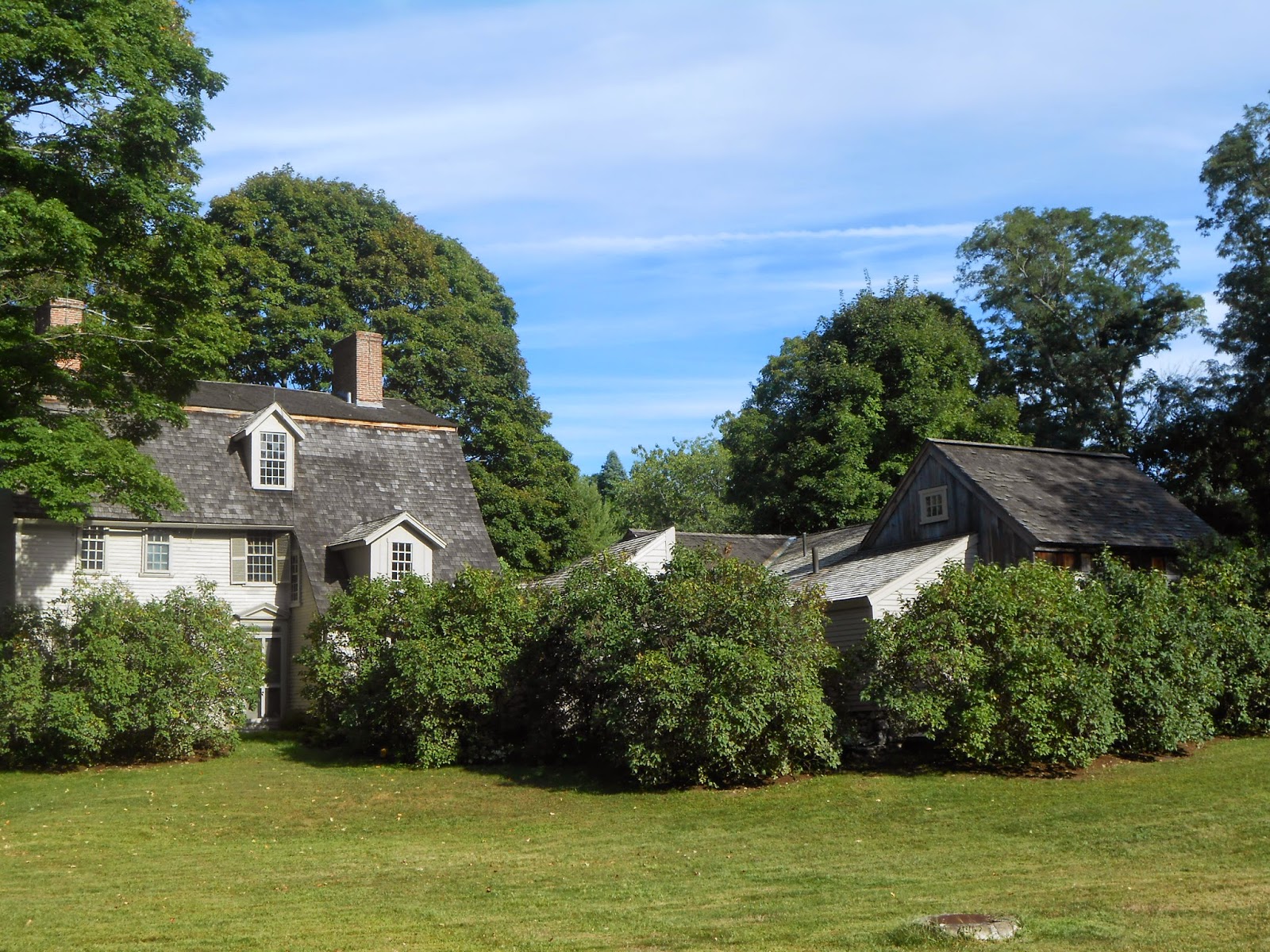 The Old Manse sits along the Concord River and witnessed the battle.  From its website (link),

A handsome Georgian clapboard building, The Old Manse sits near the banks of the Concord River among rolling fields edged by centuries-old stone walls and graced by an orchard. From upstairs, you can look out over the North Bridge, where the famous battle of April 19, 1775, took place. Ralph Waldo Emerson and Nathaniel Hawthorne both called the Manse home for a time – and each found inspiration here. Emerson would draft his famous essay “Nature” from an upstairs room, and Hawthorne would write a tribute to the homestead calledMosses from an Old Manse. 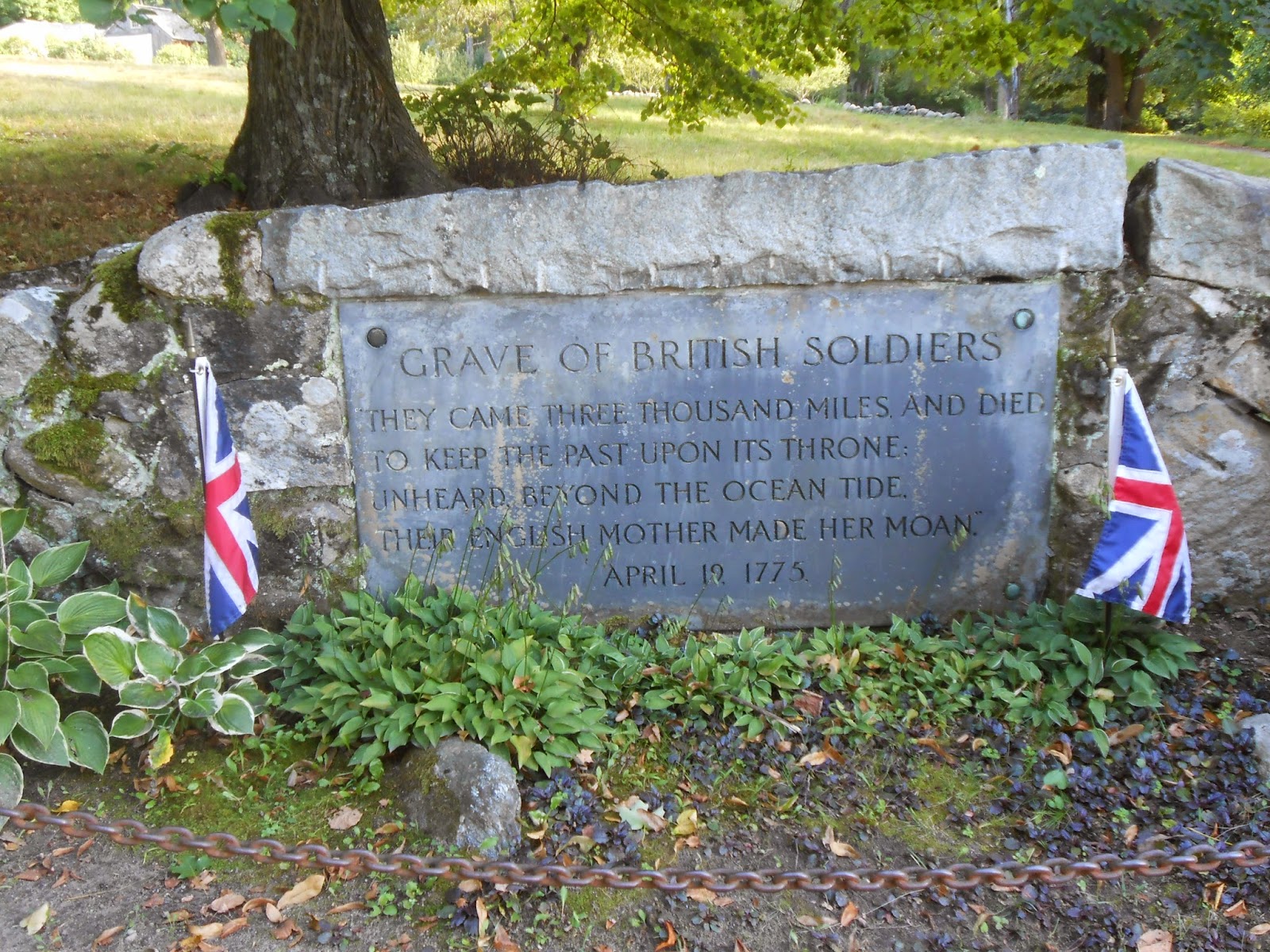 The Old Manse overlooks the graves of British soldiers who retreated from the North Bridge.

Have you read Emerson or Hawthorne?  One randomly selected commenter from this week's blogs wins a book choice from my convention stash.  Comments are open through Saturday, October 4, 10 pm in Baltimore.  I'll post the winner on Sunday, October 5 at SOS Aloha. 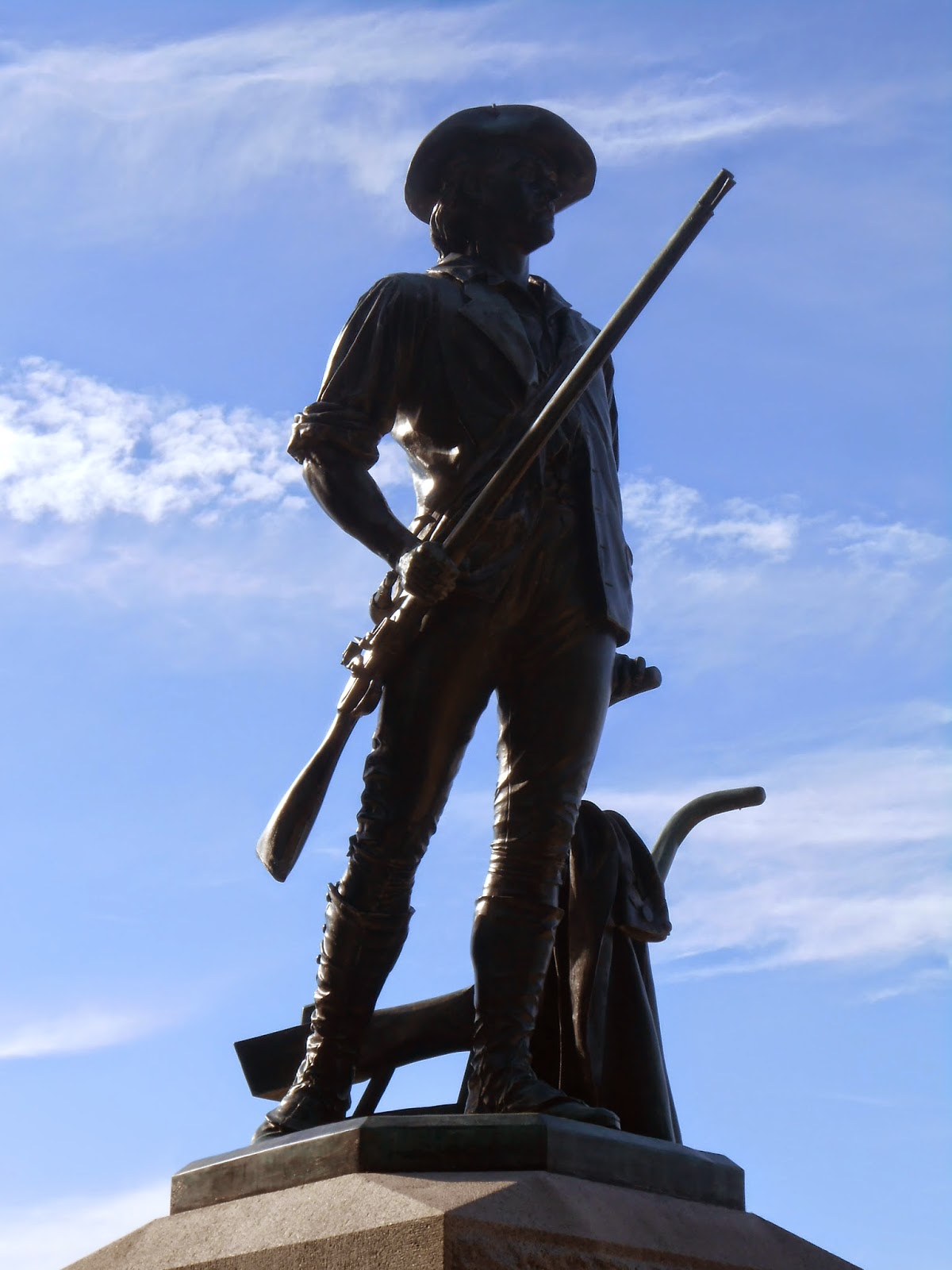 Posted by Kim in Baltimore at 6:30 PM