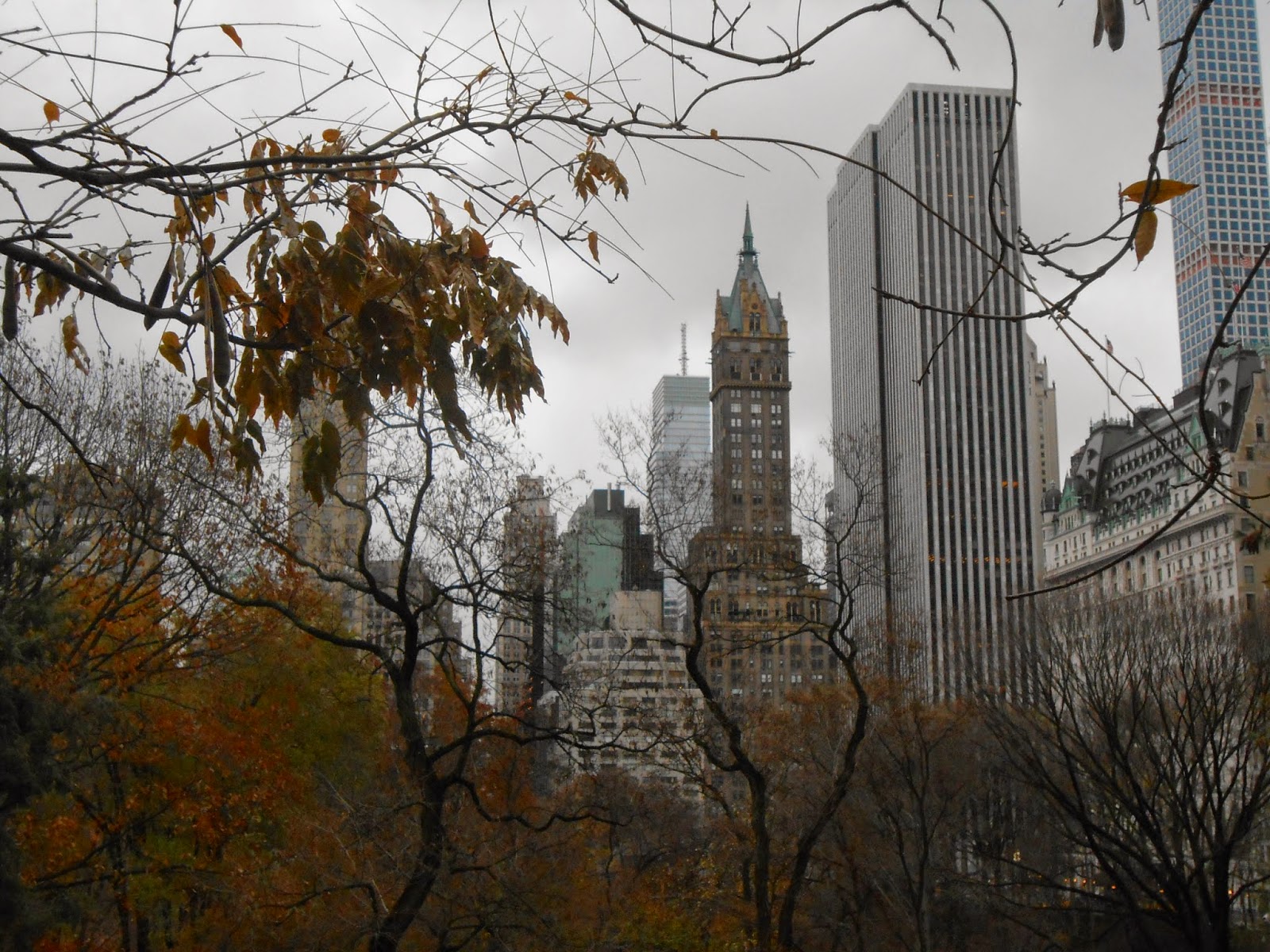 I traveled to NYC for the Macy's Thanksgiving Day Parade at this link.   Following the parade, Lisa and I walked north on Fifth Avenue, stopping in St. Patrick's Cathedral. 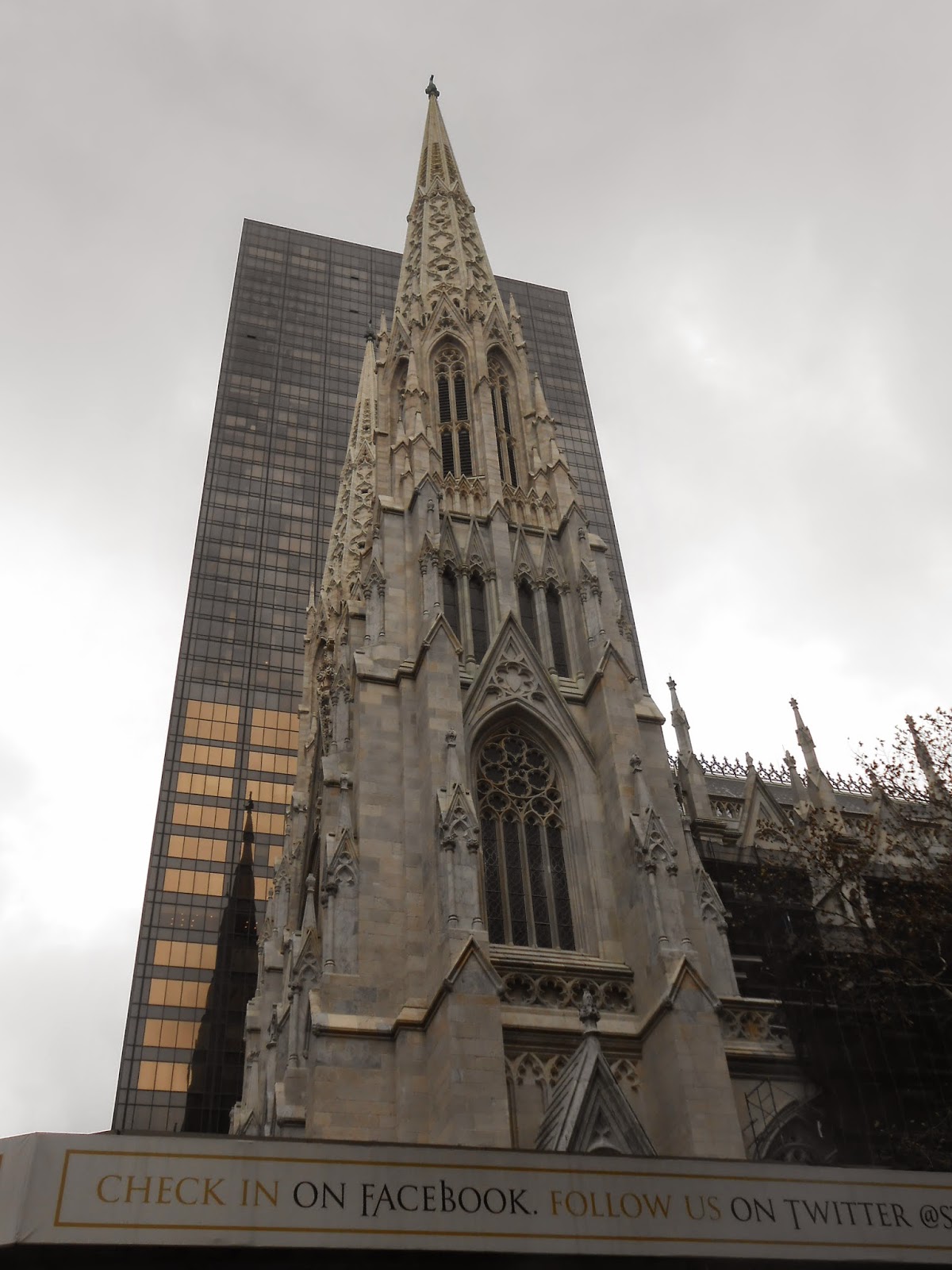 The story of New York’s great cathedral mirrors the story of the city itself. Created to affirm the ascendance of religious freedom and tolerance, St. Patrick’s Cathedral was built in the democratic spirit, paid for not only by the contributions of thousands of poor immigrants but also by the largesse of 103 prominent citizens who pledged $1,000 each. St. Patrick’s Cathedral proves the maxim that no generation builds a cathedral. It is rather, a kind of ongoing conversation linking generations past, present and future. 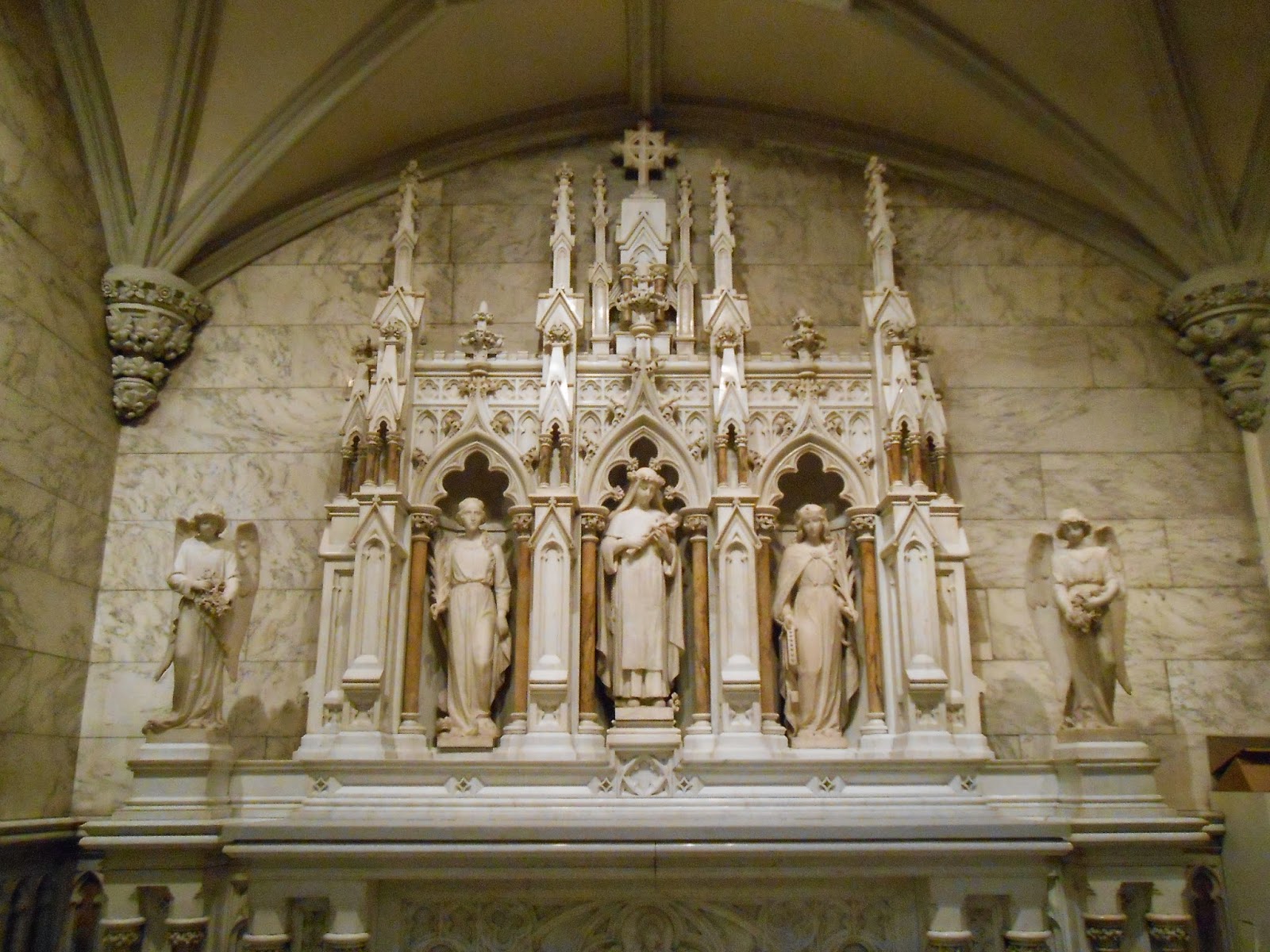 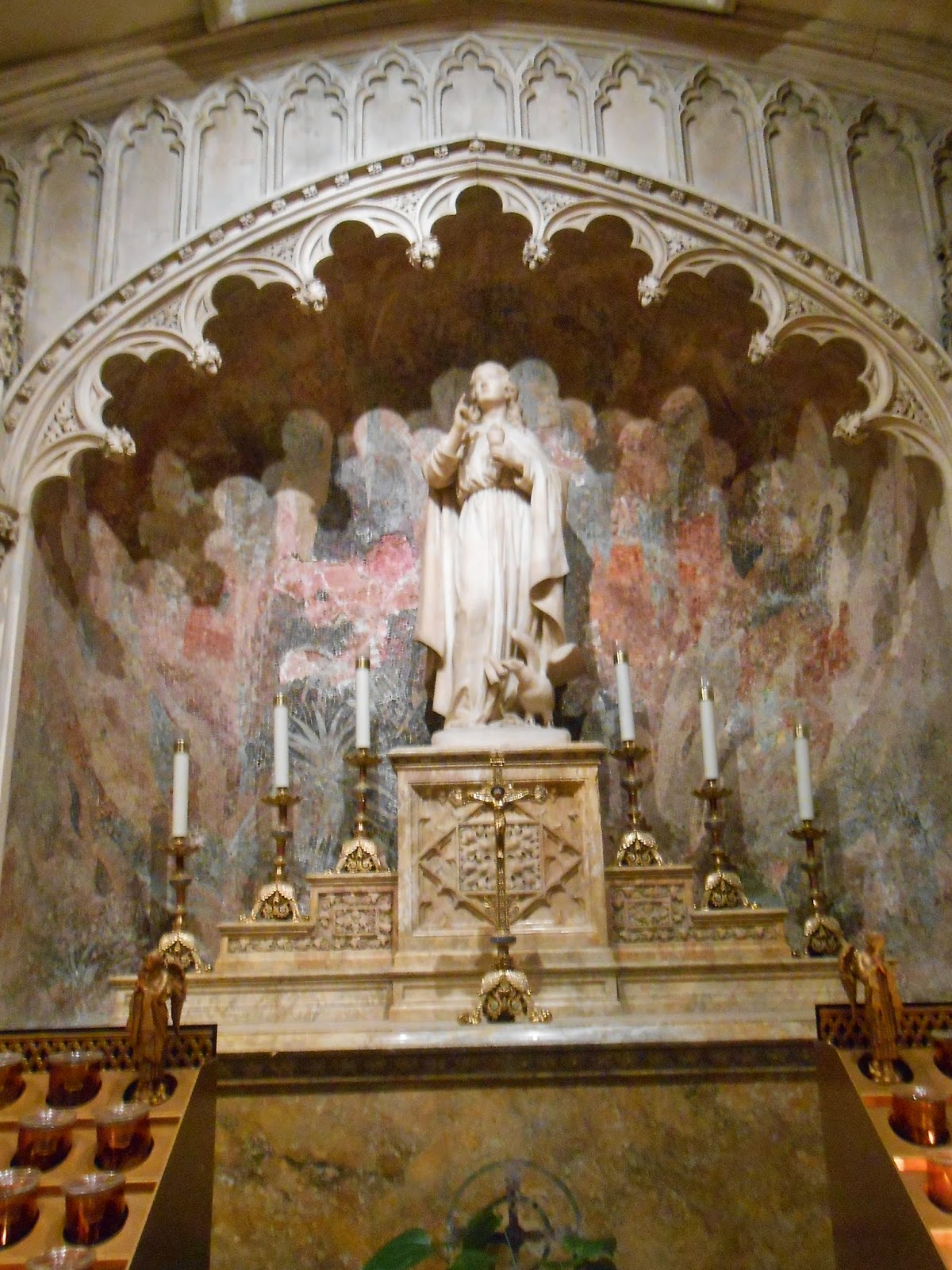 The cathedral is undergoing restoration.  Despite the scaffolding, inside and out, it remains a beacon to the city. 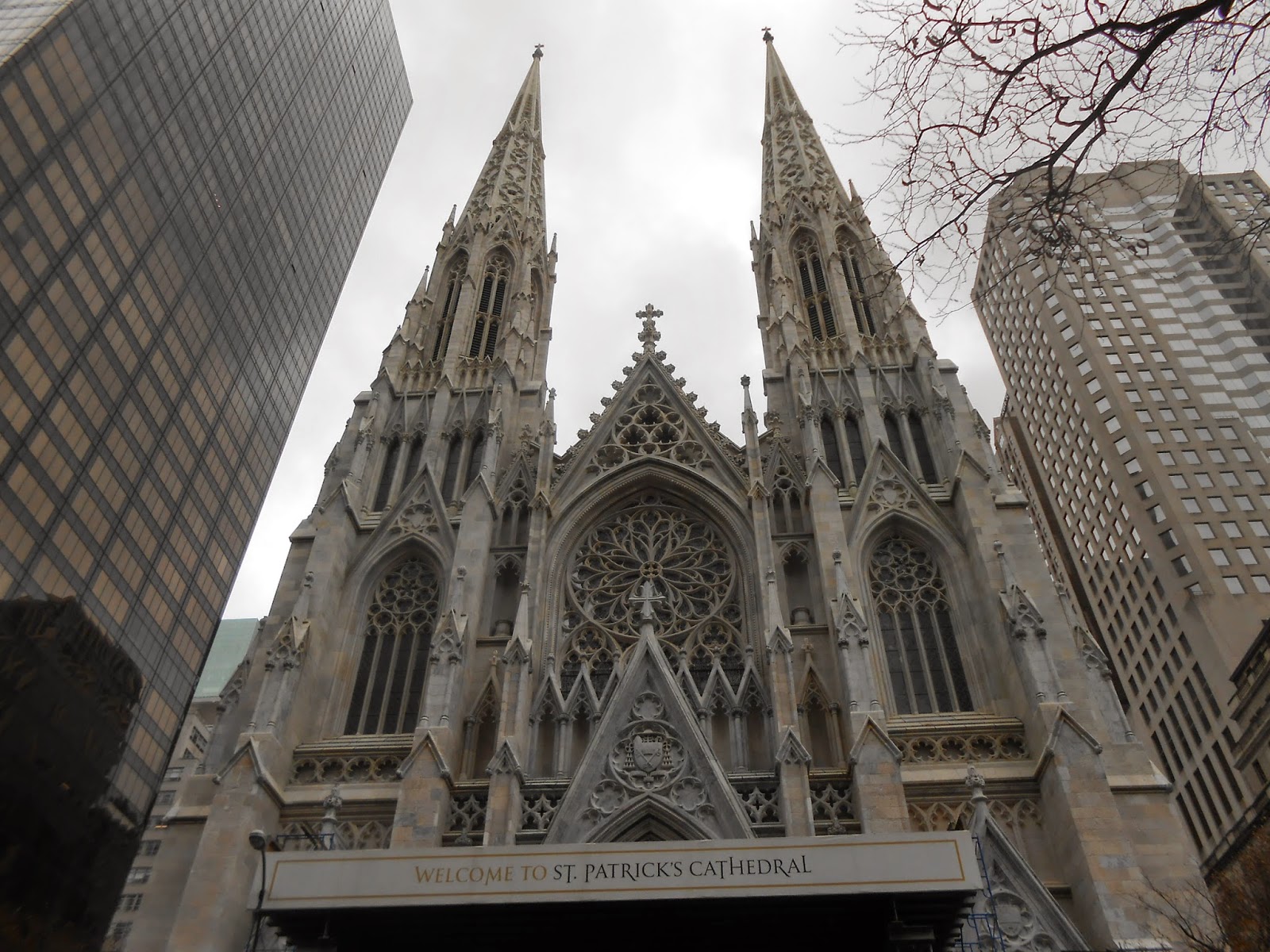 We stopped in FAO Schwartz.  This iconic toy store also offered holiday items. including The Wizard of Oz nutcrackers! 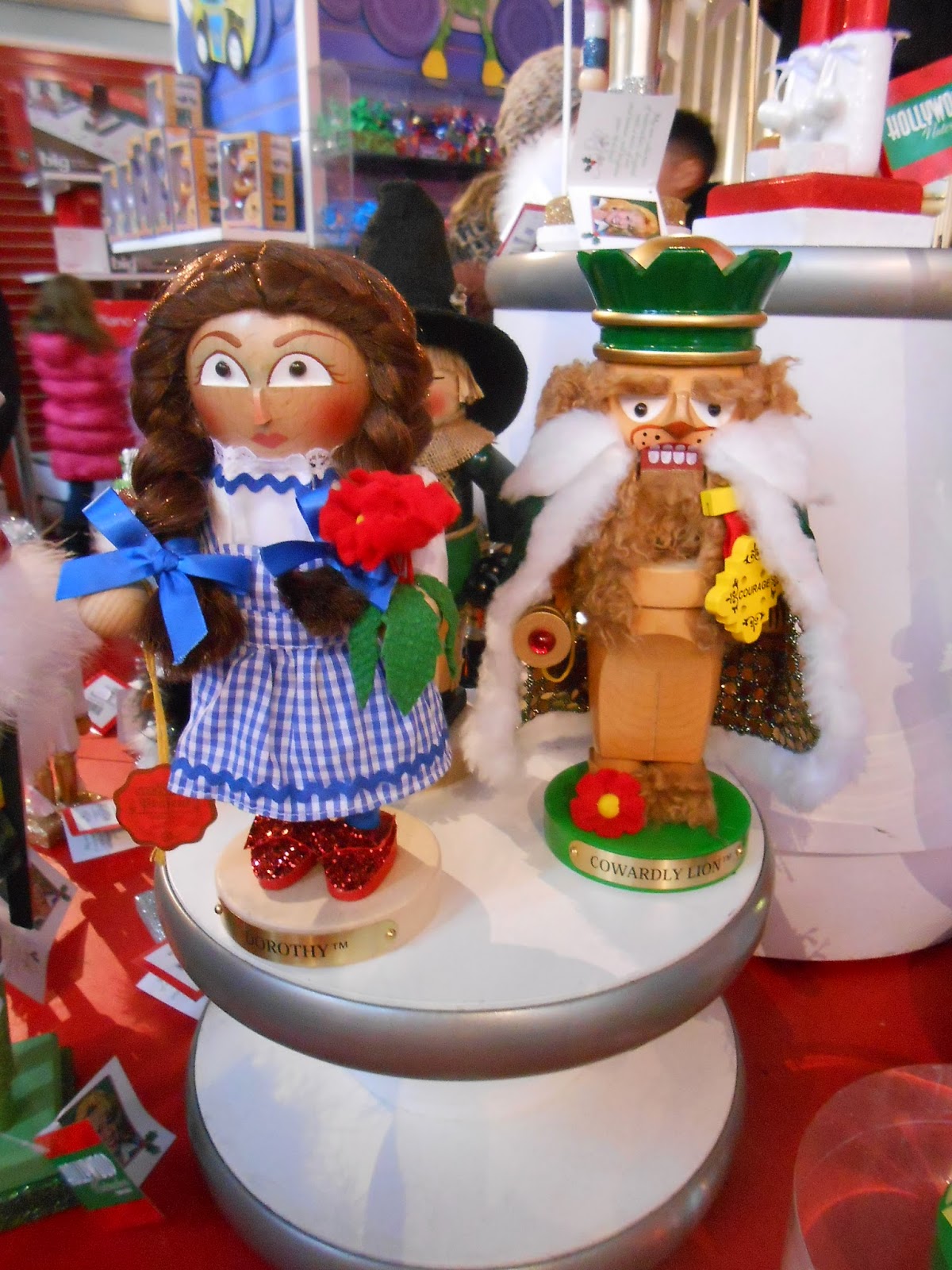 The Rockettes are a precision dance company founded in 1925 in St. Louis, Missouri and since 1932 have performed out of Radio City Music Hall in Manhattan, New York City. During the Christmas season, the Rockettes present five shows a day, seven days a week. Perhaps their best-known routine is an eye-high leg kick in perfect unison in a chorus line, which they include at the end of every performance. Their style of dance is a mixture of modern dance and classic ballet. 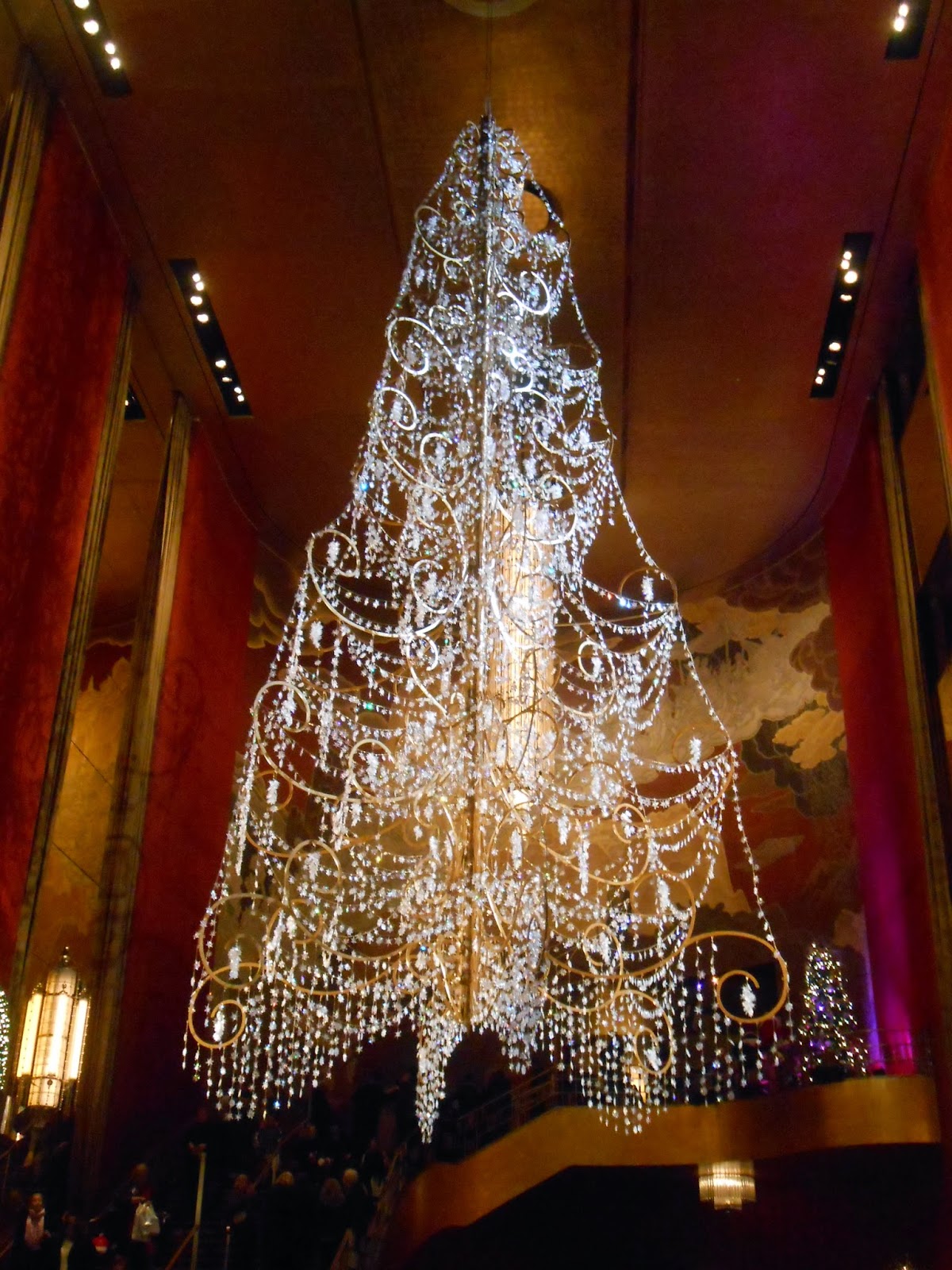 The Rockettes performed non stop for 90 minutes.  Their energy is inspiring.  The show ended with a live Nativity scene - it was awesome.  I recommend their show! 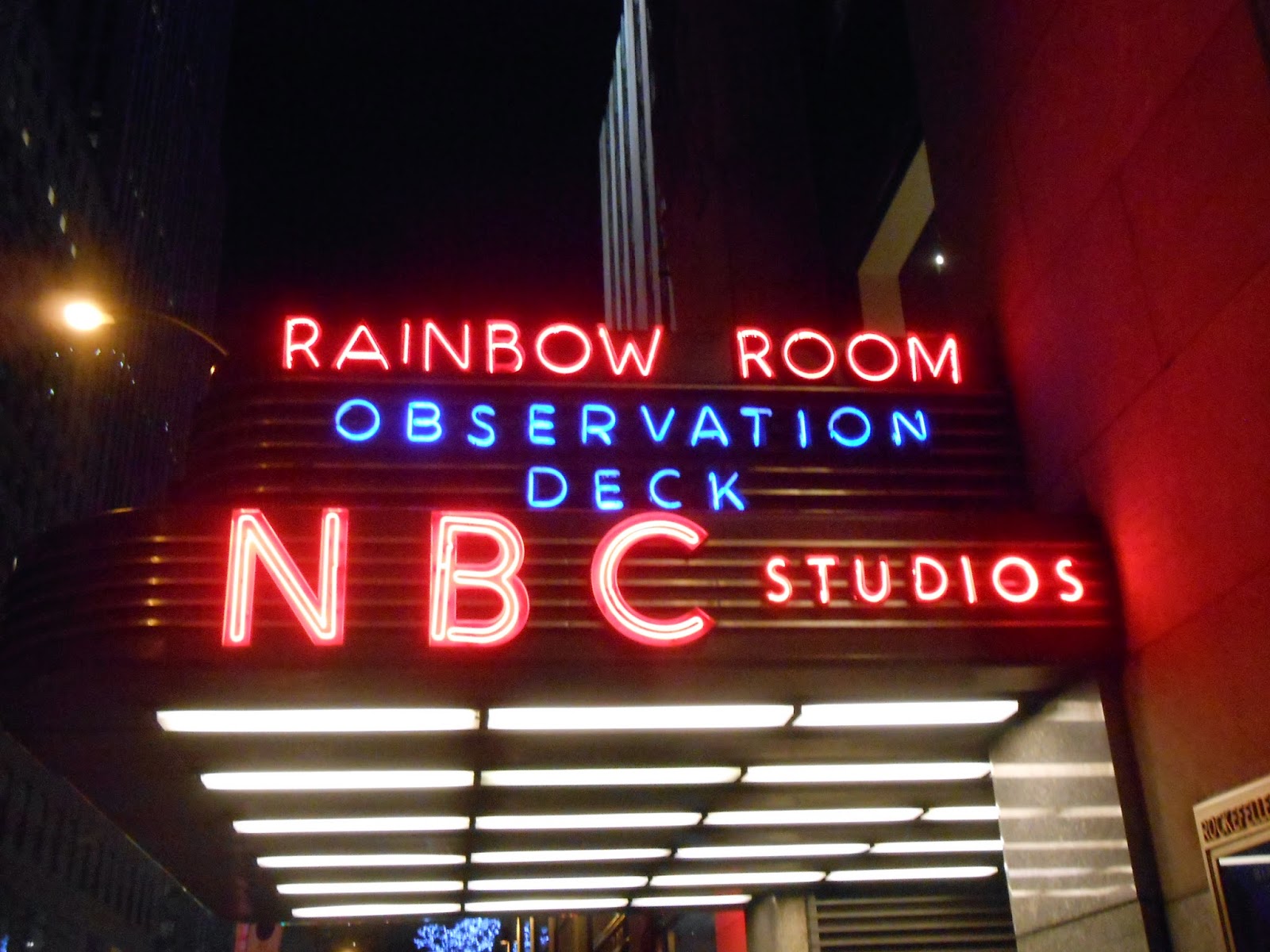 Across the street is NBC Studios and the Rainbow Room atop Rockefeller Center.  We boarded our train at 9 pm for the three hour journey back to Baltimore.   Although it was a long day, I checked off two more items from my bucket list.  Thank you, Lisa, for a wonderful day!

Have you seen the Rockettes in person or on TV?

I spotted these flowers in a local market where we stopped for hot chocolate. 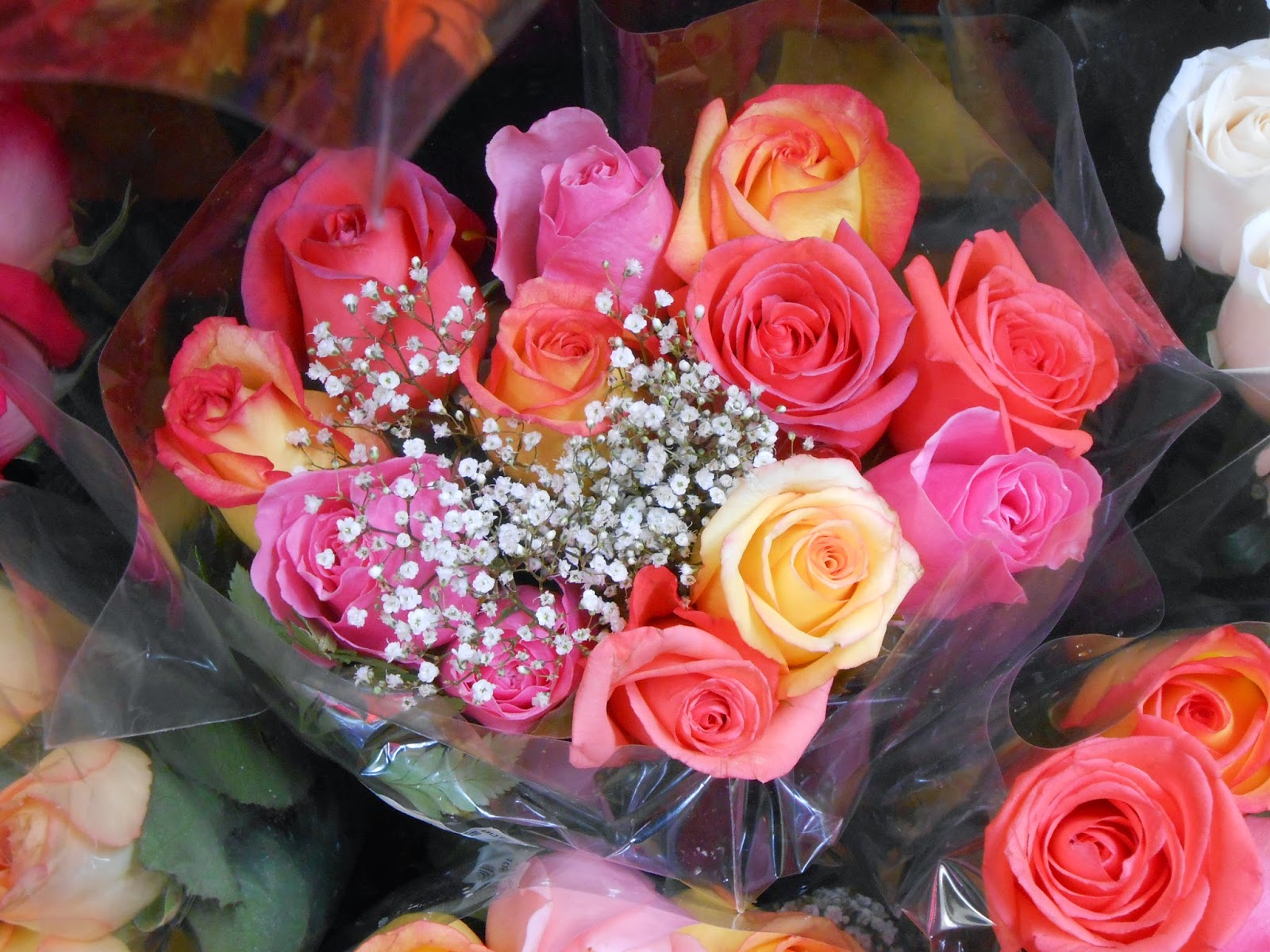 Posted by Kim in Baltimore at 7:41 AM