Aloha to the Pentagon and the Air Force Memorial 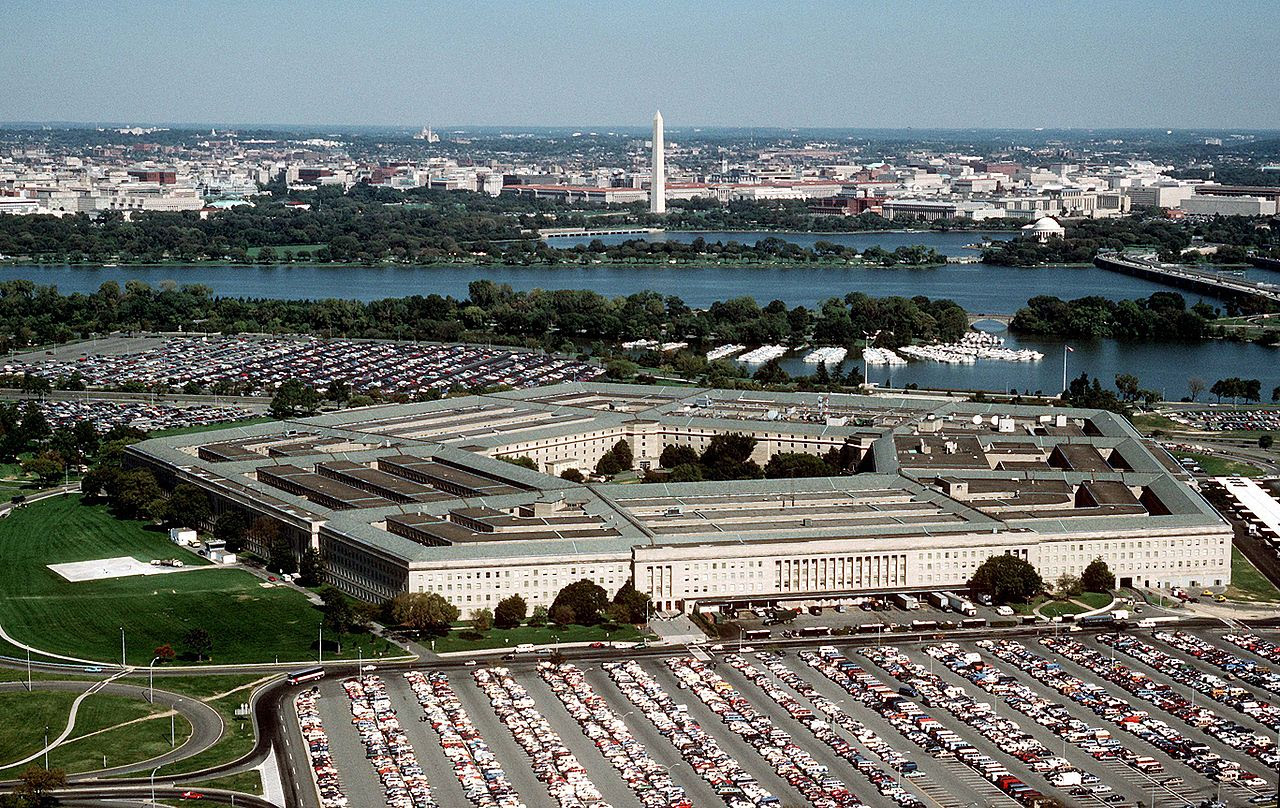 Last Monday, a college friend served as our tour guide of the Pentagon.  I worked in the Pentagon from Jun4 1995 - July 1997 at the Single Agency Manager (SAM) for Information Technology Services (ITS).  My office reworked the the infrastructure during the Pentagon renovation - a renovation that would lessen the impact of the plane crash on September 11, 2001.   Above is the Pentagon from 1998 (Public Domain at this link). 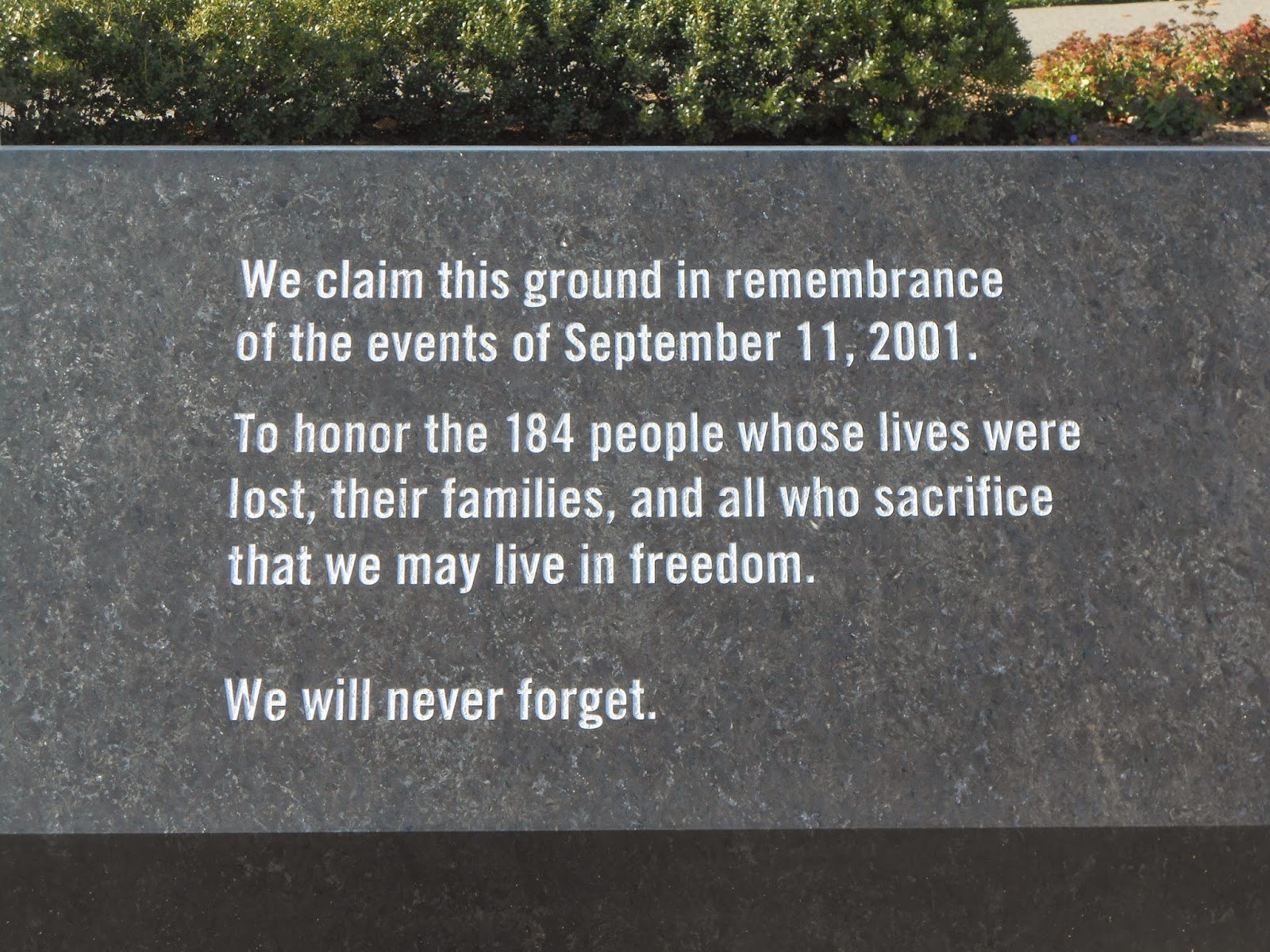 The plane crashed into the section to the left of the forward parking lot (the white concrete was a helicopter pad).  This section is now the Pentagon Memorial. 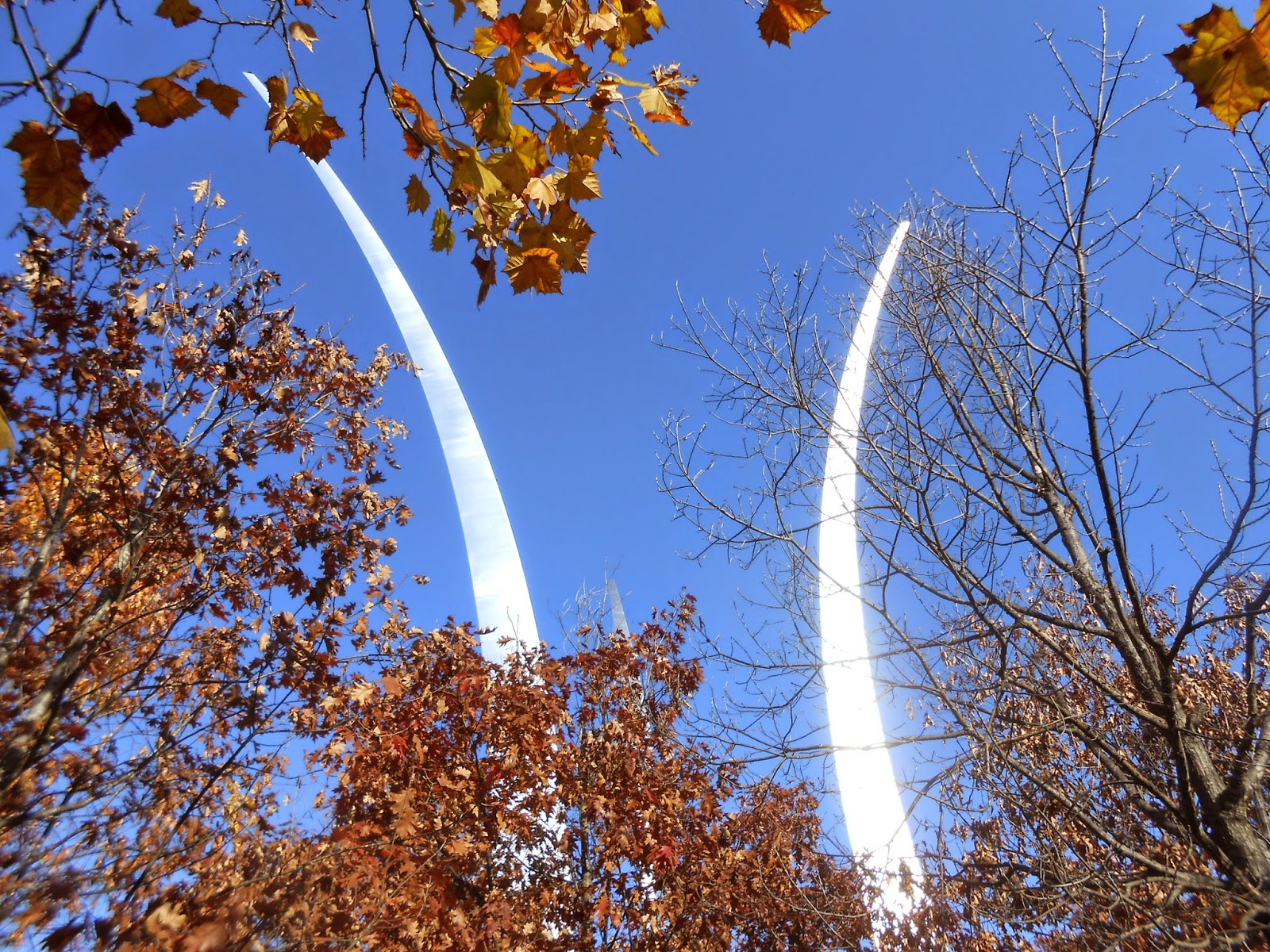 Across from the Pentagon is the Air Force Memorial.  From its website (link),

The United States Air Force Memorial honors the service and sacrifices of the men and women of the United States Air Force and its predecessor organizations, including the Aeronautical Division, U.S. Signal Corps; the Aviation Section, U.S. Signal Corps; the Division of Military Aeronautics, Secretary of War; the Army Air Service; the U.S. Army Air Corps; and the U.S. Army Air Forces. More than 54,000 Airmen have died in combat while serving in the Air Force and these historical service arms of the military. 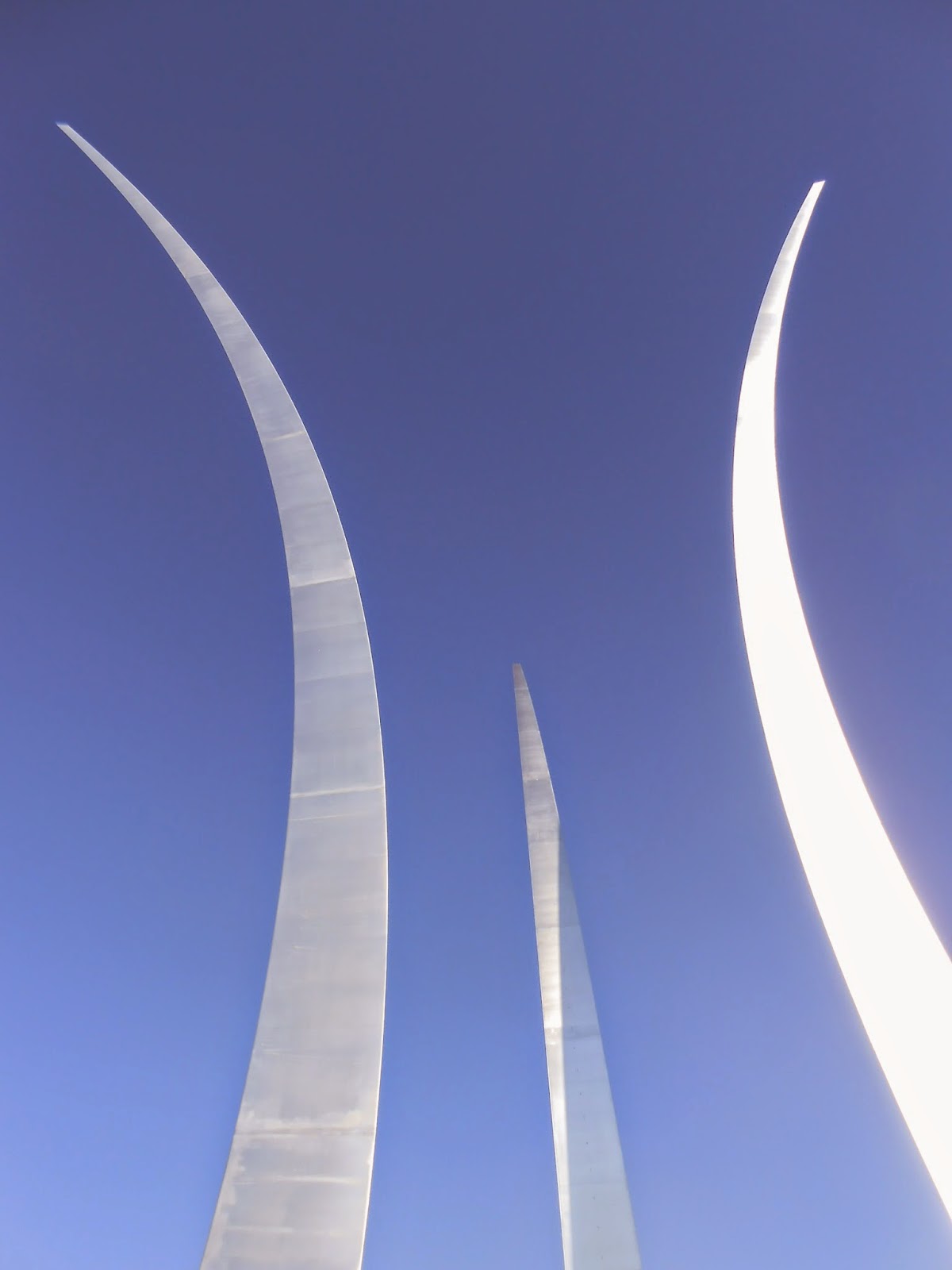 The Memorial itself is 270 feet high and appears to be soaring. Its array of arcs against the sky evokes a modern image of flight by jet and space vehicles. At the same time, it enshrines the past in permanent remembrance of the pioneers of flight who came before, and pays homage to those of the future. 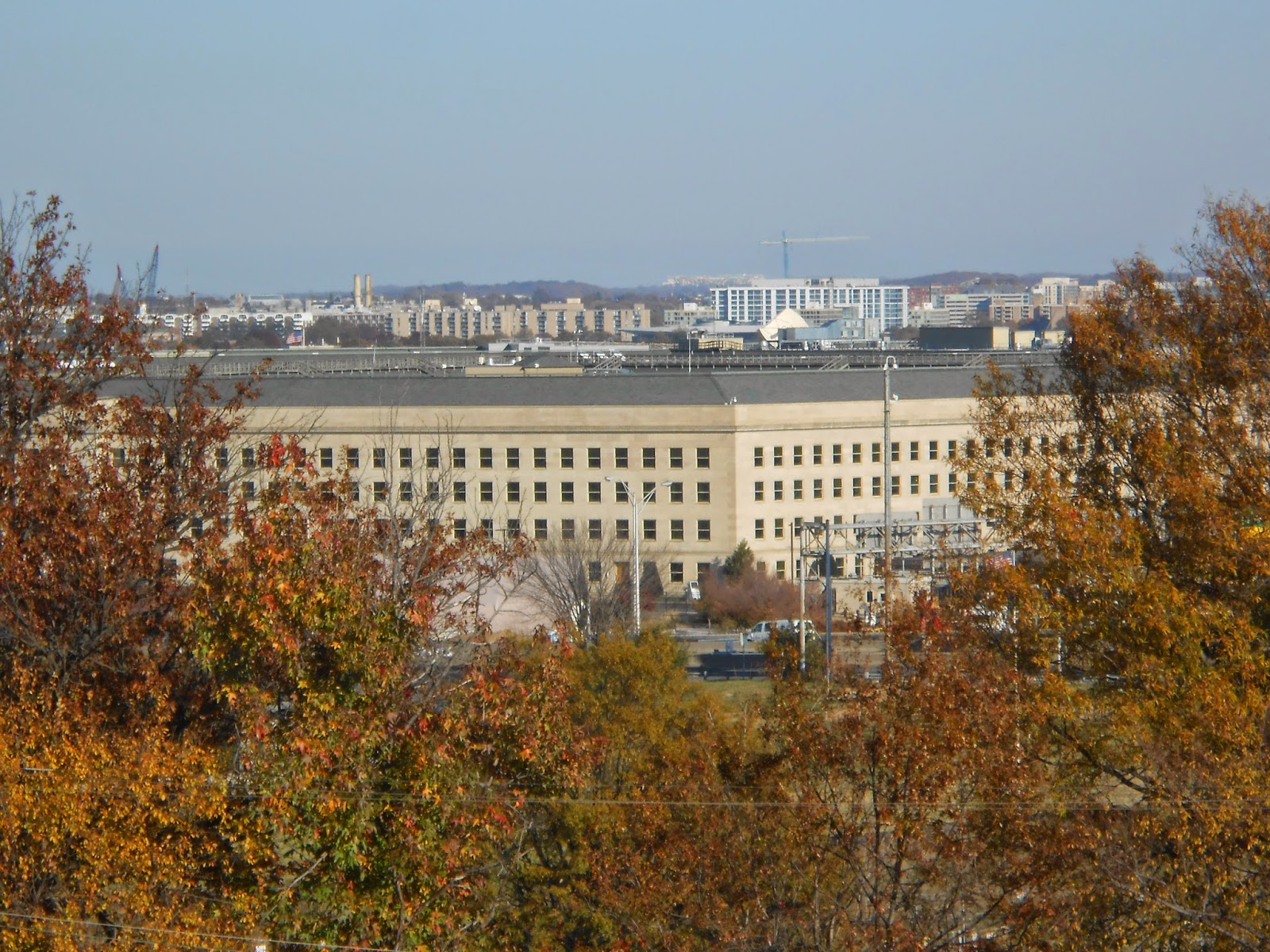 Located on a promontory in Arlington, Virginia, overlooking the Pentagon and adjacent to Arlington Cemetery, the Air Force Memorial is easily seen on the skyline of Washington, D.C. and Northern Virginia in Arlington county. 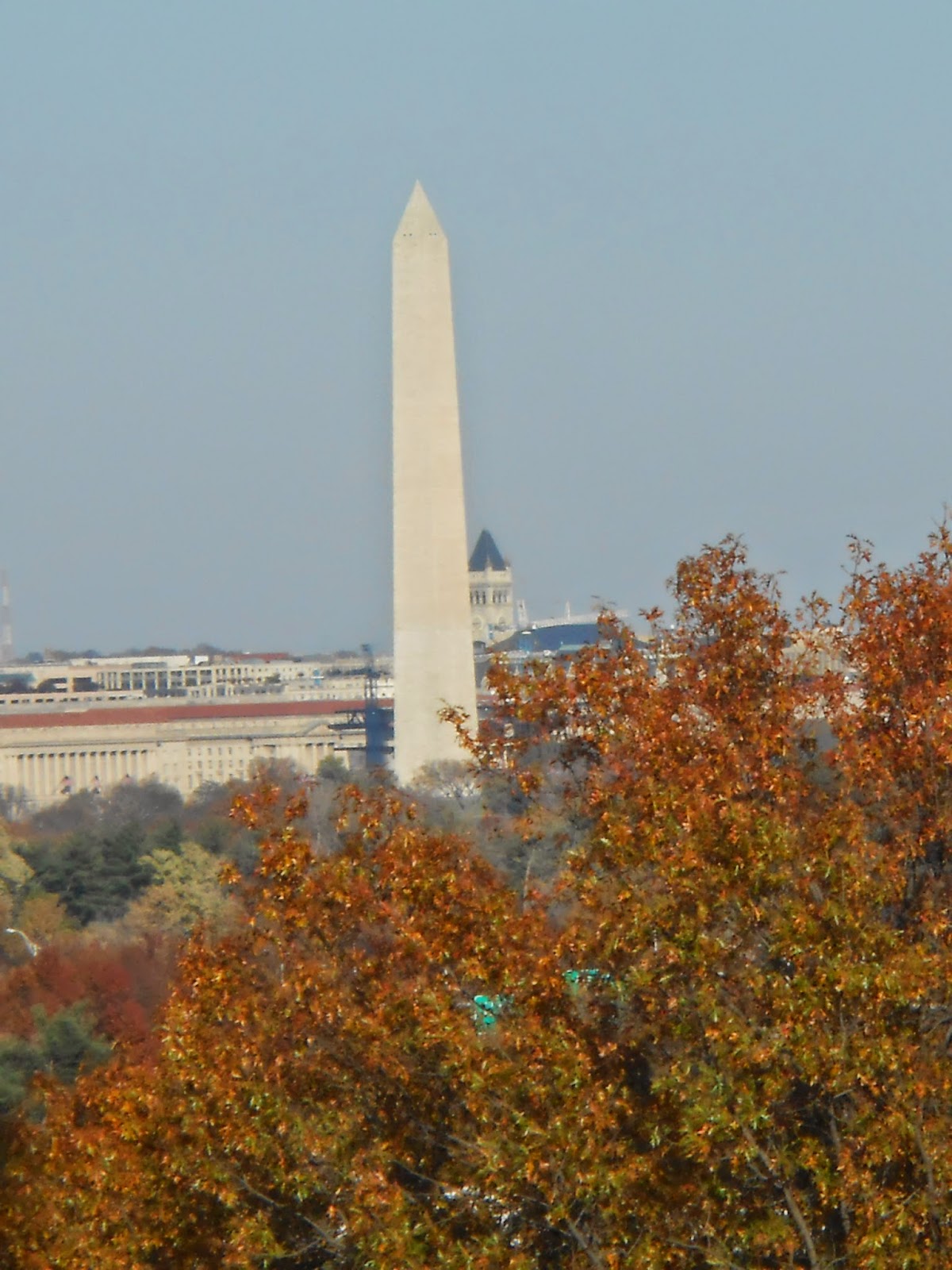 Above is the Washington Memorial.  Below is the "missing man" etching. 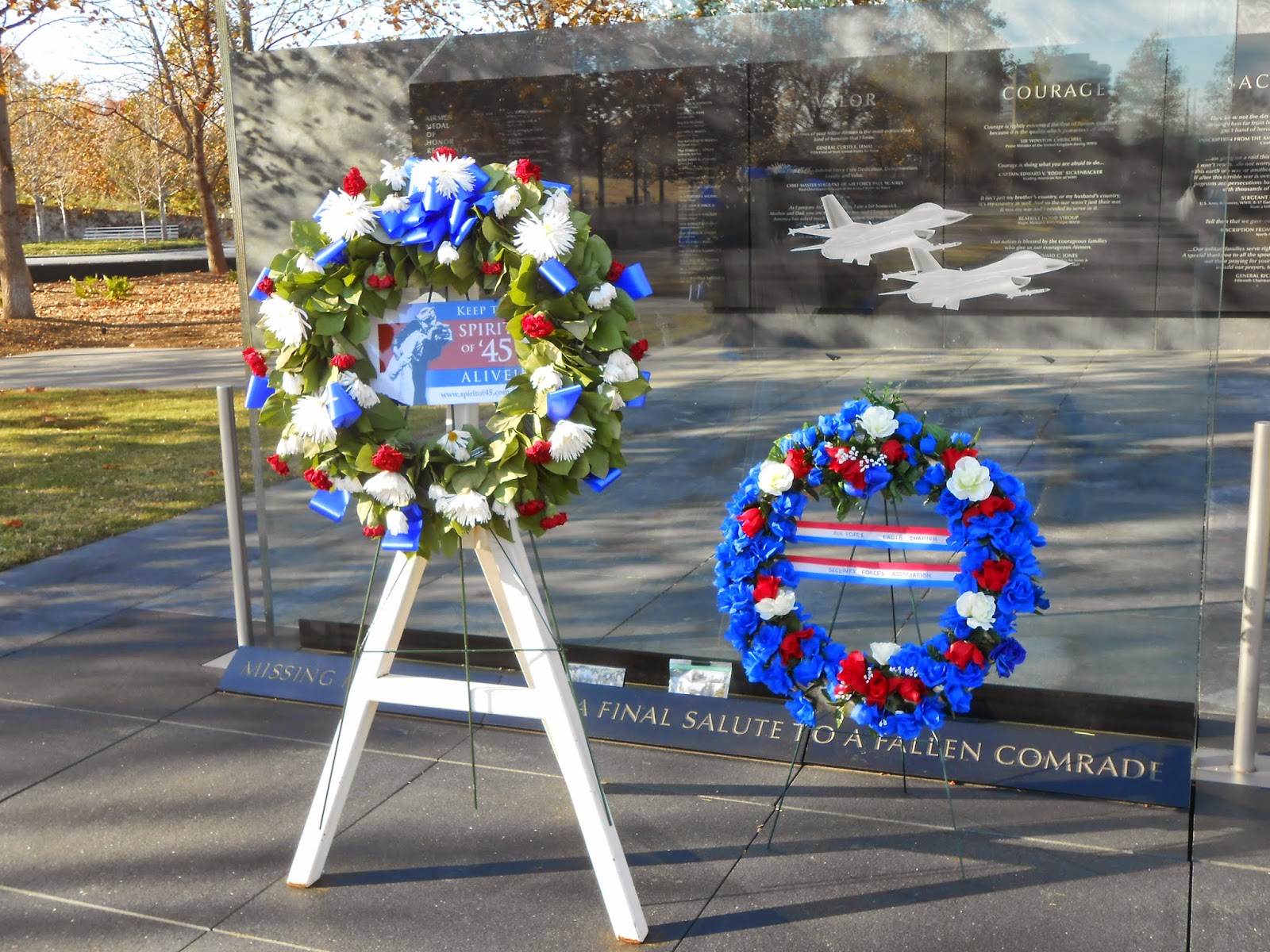 What do you know about the Air Force?  Do you know any Air Force veterans ... other than me?  One randomly selected commenter from this week's blogs wins a book choice from my convention stash.  Comments are open through Saturday, November 22, 10 pm in Baltimore.  I'll post the winner on Sunday, November 23. 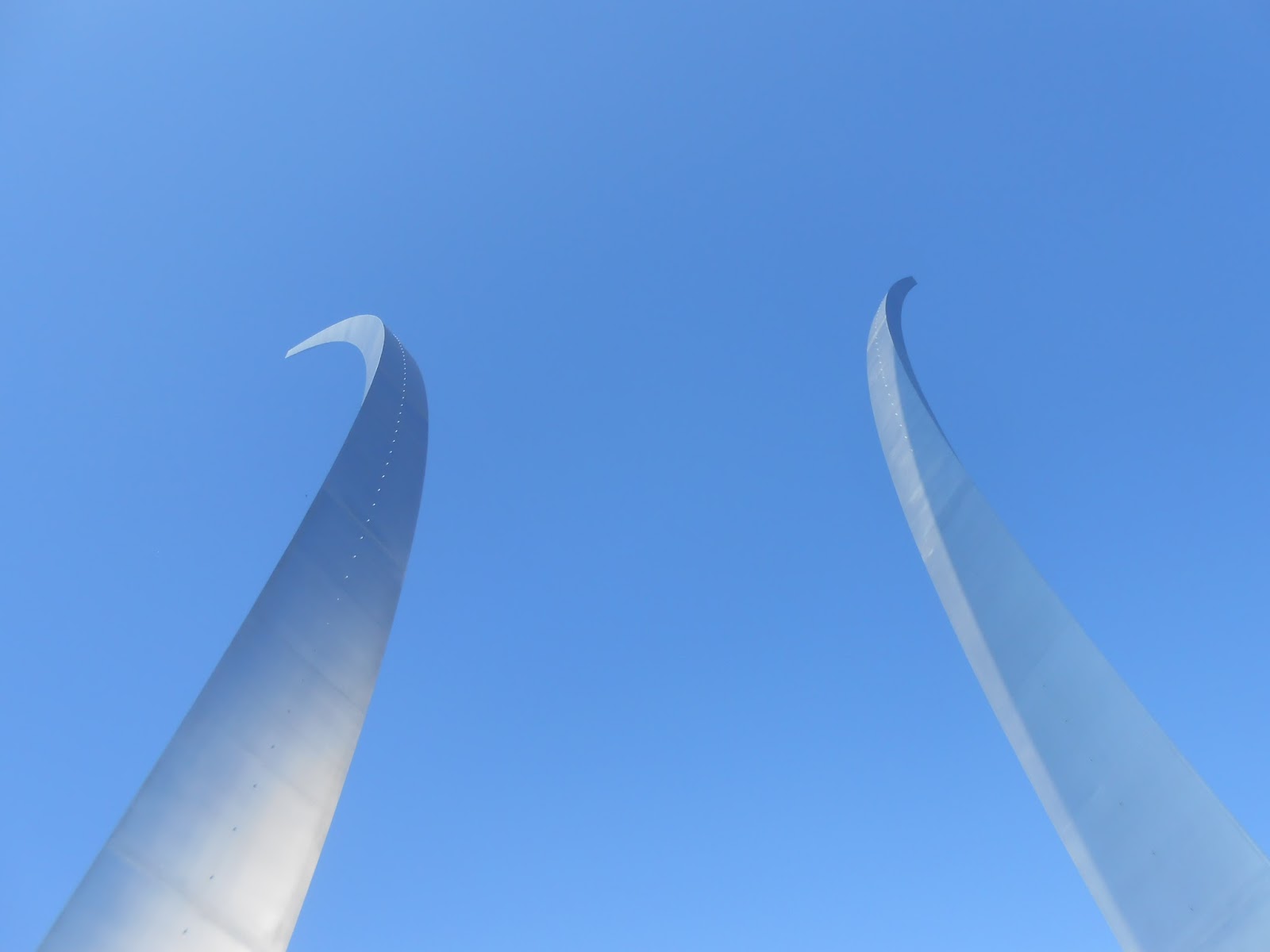 Posted by Kim in Baltimore at 5:17 PM