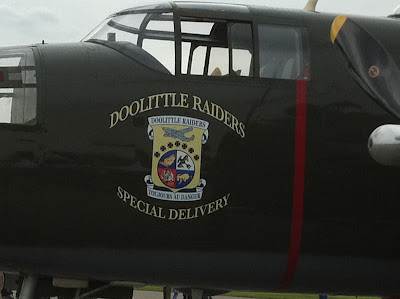 During the RT Booklovers' Convention, I met up with another RomVet, Jo Anne Pinney. She kindly took my book boxes back to Dayton to mail for me. While Jo Anne was in Dayton, she popped over to the National Museum of the Air Force for a special event - the 70th Anniversary of the Doolittle Raid. She prepared a special post .... 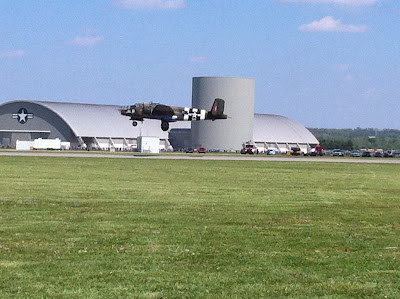 The Doolittle Raiders have always held a special place in my heart. When I was applying to enter the US Air Force Academy in 1983 and wasn’t accepted the first time around, I received a scholarship from the Falcon Foundation to attend Northwestern Prep School. That scholarship was in honor of James Doolittle. So, it was a neat coincidence for me that the dates for my short trip to Dayton to check on a rental property in April 2012 lined up perfectly with the US Air Force National Museum’s celebration of the 70th anniversary of the Doolittle raid. 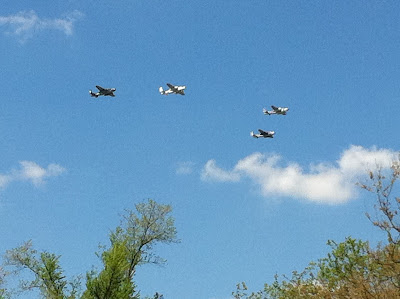 On April 18, 1942, four months after the attack on Pearl Harbor, 80 airmen led by Lt Col James H. Doolittle took off in sixteen B-25 bombers from the aircraft carrier, USS Hornet, on a classified mission to bomb Japan. The mission was dangerous from the start, as the B-25s did not have the range to return to the carrier. So, the plan was to take off 400 miles from Japan, conduct the bombing mission and then land at airfields in China. On the day of the mission, however, the carrier encountered enemy picket boats further east than expected. Although the boats were evaded or sunk, they were able to get out radio warnings back to Japan. The B-25s had to take off further out than planned, more than 600 miles from Japan. After the bombing, none of the aircraft made it to China; but, all but a few airmen survived. This daring raid did not cause much damage to Japan, but it caused great embarrassment to the Japanese government and had great impact on the morale of the Japanese people. 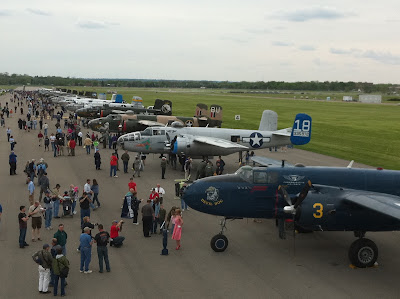 Five of those original airmen still survive and four were able to participate in the activities at Wright-Patterson AFB, sponsored by the Air Force Museum. The activities included an impressive line-up of twenty B-25 Mitchell bombers on static display for the public to see. They were stunning! I’m grateful to organizations such as the Doolittle Tokyo Raiders Association and the Commemorative Air Force who keep these old beauties flying. The museum had arranged for the public to have access to staircase trucks to get a birds-eye view of the Mitchells. 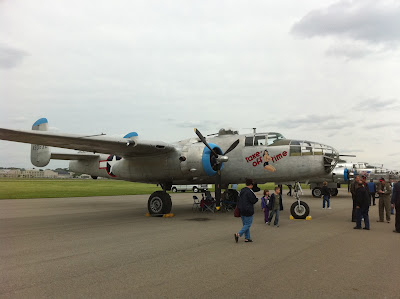 While I was out by the static displays, I managed to be in the right place at the right time when the four surviving Raiders rode by in golf carts on a tour of the aircraft. They looked fit and sharp – it was truly special to get to see these legends. 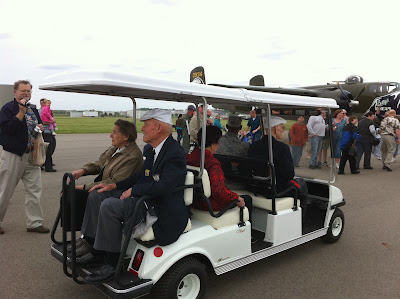 The next day, the public was treated to a mini airshow at the museum’s airstrip. The B-25s started taking off at 12:15 pm, formed up, and then flew two scheduled fly-by’sat 1pm over Wright-Patt field. Cars had pulled over wherever they could on the side of the road to view and photograph this amazing spectacle. The day was perfect, and the roar of the engines and the beauty of these aircraft made it a truly emotional event. What I thought was going to be a ho-hum trip to Dayton ended up being pretty special. What a lucky coincidence. 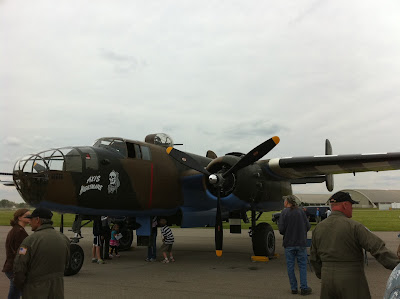 Mahalo, Jo Anne for the post and the pictures!  I have goosebumps from reading about this one-in-a-lifetime experience.   To learn more about Jo Anne, check out her social media:

I am giving away a book choice for my convention stash to one randomly selected commenter from this week's blogs.  To enter the giveaway,

1.  Leave a comment about a "war" hero you admire - any country, any conflict.

2.  This giveaway is open to all readers. 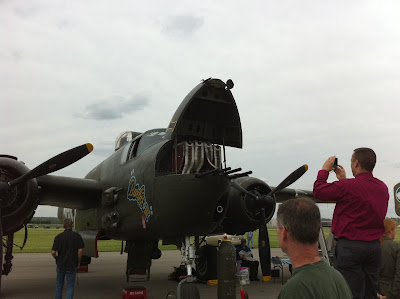